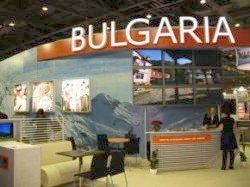 About 1 million German citizens visited Bulgaria last year as more than 700 thousand of them were tourists, Nikolina Angelkova, the Minister of Tourism said at a press conference within the frameworks of one of the largest international tourism exhibition held in Berlin. Bulgaria participates in this event with a stand that has an area of 456 sq.m and that represents more than 50 tourism companies together with the Ministry of Tourism.

Bulgaria takes the second place in Europe as far as biodiversity is concerned and it pertains to the three countries of the Old Continent that feature a huge number of archaeological artifacts, Angelkova explains. In her opinion, this would have a great potential for a wide range of tourism – cultural, eco, sea, winter and SPA tourism etc.

Bulgaria is a well known destination for German tourists because they connect it with the summer and its sunny coastal resorts. This is the major reason why the Ministry of Tourism works on the presentation of other opportunities for tourism whereas the cultural-historical tourism is emphasized.

A large advertisement campaign on the German market has been created and it includes 39 tourism websites, 9 TV channels, 36 advertisement facilities in the Berlin Subway as well as 11 printed editions. The campaign is implemented by means of the ‘’Regional Development’’ operational programme. In January 2015 , the growth of German tourists is by 45 per cent compared to the same period previous year.

We are currently working on the establishment of a fund or another finance mechanism through which a part of the incomings would be purposefully invested in improvement of infrastructure and tourism attractions, Angelkova informs media.