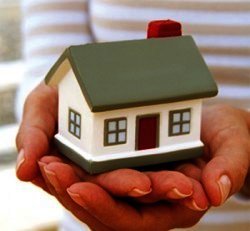 Bulgaria holds a special place in search of the property of Russian citizens. According to research by September, prepared by specialized estates trading site prian.ru, first as a destination for investment in property abroad stands namely Bulgaria (15.16%), which get ahead twice time the number two Finland and number three Germany with over 7 % of the market.
Russians have long appreciated the advantages of investment in the properties around the world. But because of the global credit crisis, which led to a decline in the prices of properties (some say dependence is exactly the reverse), Russian investors becoming more anxiously look at what is happening to the property market in the world. Instead decent dividends many of them see how their money is hardly not gone.
In recent evidence of Russian agencies, reduction in the price of properties has affected 22 of 27 countries in which Russians invest most often. The most significant is reduction of prices in Latvia, Lithuania and Estonia, where the value of investment in property reduced by 20 - 40%. In the UK, which passed for fast, cheapen 10 - 12%.
With 5 - 10% property prices have dropped in France, Spain, Greece and Portugal. In some regions in France the properties could lose 15 percent and in Spain - even 50% of its value.
Against this background, the property prices in Slovakia that rice up to 25%,and in Bulgaria, with 18% they outstanding. According to calculations of Russian agencies, the houses in Switzerland and Italy get up to 2%,and in Netherlands are frozen.
Journal “News” indicates that all property world now looks with hope of Russian buyers - but who are not in haste. The number of requests to purchase abroad does not go down, but impulsive decisions are not taken and before to make investment is long been considering. The council of Russian experts: No panic. Since the fall in the market you will lose unless urgent need to sell.
Provident the importance of Bulgaria as the property market for Russia, Russian media carefully watch the economic processes in our country. With concern is quoted the statement of Georgi Ganev, which saw 7 - 8% drop in foreign investment in Bulgaria since the beginning of the credit crisis.

first upon im very thankful to kunka and the Great man Mr. Hristo, i bought 2 homes in Bulgaris through bulgarian homes , services are very much highly valueble